How physicists are taking on the challenge of interpreting football data

In the 2010s, the financial sector began acquiring physics graduates as they sought to understand better the system they themselves had created in the wake of the 2008 market crash.

Jeff Forshaw, professor of particle physics at the School of Physics and Astronomy in Manchester, said of this trend: “Financial institutions collectively form a network, and by understanding the global properties of that network, it is possible to gain key insights into its function.

“Intellectual connections are why so many physicists are interested in problems in finance and, in part, why so many have been recruited into the financial sector.”

Football has, for too long, been fumbling in the relative dark ages of data, certainly in comparison to the exabytes made available to the analyst within an investment bank. But times are changing and as the data available increases, so does the necessity for new models which can interpret it.

20 years ago there was barely a statistical number available on events of a Premier League weekend, but now tracking and event data produces 1.5 million different data points around every match. As that number goes up, the analysis itself moves from the laptop and into the cloud. The great leap forward has begun, and it’s time to call in the experts.

Physics Phd and member of Liverpool’s renowned research team, William Spearman, explained how he found himself at the forefront of this burgeoning development.

He told the club’s official site: “One of the reasons I chose not to go into finance or business was that I wanted to pursue something I could be really passionate about.

“I wanted to work in an area that wasn’t as established, so sports data seemed really interesting to me. I got my first taste of proper football data and that was just fascinating. For example, with baseball there have been advanced statistics around for 40 or more years because it’s a simpler game with a clear outcome to every play, but with football there is an elegance that is much harder to quantify.

“It’s a much more complex sport and that’s what makes it much more interesting to me.”

‘The Next Stage’ of analytics

Spearman’s team at Liverpool is headed up by Ian Graham, himself a doctor of theoretical physics, and they were dutifully praised as a major contributory factor in securing their first Premier League title and 99-point haul in 2020.

Manchester City’s high-profile acquisition of Laurie Shaw in March last year, a former Havard research scientist and astrophysicist, was partly in response to allow City to move to ‘the next stage’ of analytics faster and more efficiently than their rivals, but also indicative of a trend which is now irreversible and is accelerating elsewhere.

Barcelona’s Innovation Hub is headed by Albert Mundet, a physicist by trade, while other clubs further down the pyramid are investing time and energy with external companies that can provide insights on everything from injury prevention to the transfer market, with those companies themselves aggressively hiring the Smartest Guys in the Room. These teams of Phds are emerging in what amounts to a modelling arms race. 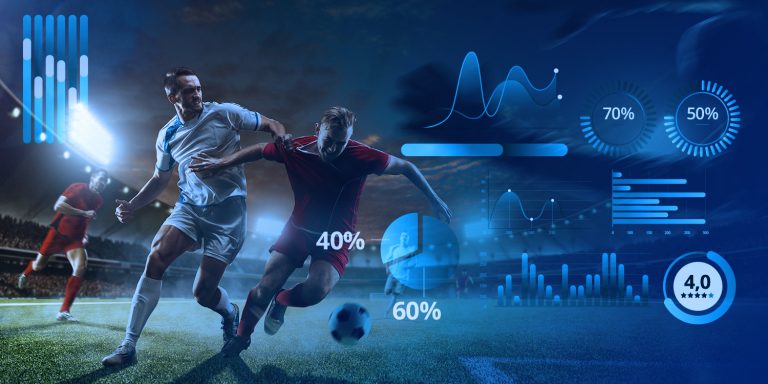 And as Spearman references, football has an allure that the financial sector can’t match.

Yossi Noar is the latest recruit for Zone7. With immense experience of his own in both the fields of astrophysics and finance, he feels that physicists are drawn to football for a number of reasons.

“Specifically for astrophysics, there is something special about this kind of work,” he said. “Astrophysicists are very connected to the data. A lot of factors in this domain can affect the output. You are constantly operating  in uncharted territory, but learn to not “be afraid” of trying anything and leaving all stones turned.

“In the academic world, the problems you deal with are very niche. There are amazing questions to ask but these problems are not going to go away, even in 50 years.

“For me the trade-off of doing something that is high-impact is what drove me towards Zone7, because I know the academic side will not go away.”

And the explosion of big data in football is fundamental to the recruitment drive. Justin Worrall, co-founder of ioSport, the quant modelling and trading business acquired by Superbet, believes the models can’t work until the data is available to power them.

He stated: ”This is about big data, and being able to analyse vast datasets. It’s not just about massed brains and models, it’s about some symbiosis of the two, and being able to handle the vast amount of data that you’re now having to handle, and finding people with those sets of skills can be really tough.

“It will be driven by the data. If new and innovative data gives you an edge, that will drive the models that can be developed. All people are looking to do is get incremental edges that allow you to take significant market share over other people. This is the start of a process, similar to finance, that could continue for the next 20 years.”

So if we think about Forshaw’s intellectual connections, astrophysicists are seeing an opportunity to model these connections in a largely underdeveloped data environment – football – and see the fruits of their labour, all the while working in one of the coveted industries in the world. The question shouldn’t be why they are getting involved, but quite how football took so long to reach this point.

Joe Bryan, Worrall’s co-founder at ioSport, thinks he has the answer to that. He adds: “It takes time for perceptions to change and the perception of how value is driven by decision-making within clubs. Given the timescales, it’s not overnight; it takes time for those decisions that you make to flow through into results.

“It’s been very obvious to us in the betting space, for 20 years, that football is behind the times. You’ve got bettors who are better at analysing football, because they are incentivised to make money by betting on it. And that has seeped into football, from betting. If you look at the likes of Brighton and Brentford, it’s that gradual creeping of data, and then all at once.”

So with the new data streams available, what is the next great frontier for football data that we as consumers could understand? It’s almost certainly ‘space’. These intellectual connections involve hundreds of thousands of players, in thousands of matches, in hundreds of leagues. A complex, interrelated picture can be created, one that is progressing far beyond what happens when players have the ball, to the huge amount of time they spend without it. This data set is many times larger, and so physicists are best placed to derive meaning where before, there was none.

Mladen Sormaz is Head of Football Analytics at Leicester City, and has a Phd in modelling neural brain responses and pattern recognition. Speaking to Sky Sports in 2020, he explains: “With Opta data, it’s kind of like listening to football on the radio.

“You get the main events and a sense of where they are happening on the pitch. But when you add the tracking of players you are adding so much more data because you have it down to every millisecond. You get the position of every player and so you can build a much more detailed view.”

And as an analyst at next-generation analysts Statsbomb told me, the data that is becoming available could not only effectively identify the next big thing, but also seek to build them.

They said: ”[The future is a] Better use of hybrid data sets, between event data and tracking data. I also think the next frontier is using data to do player development better; instead of finding the next Salah – how do we create him?”

What is happening now is that football’s knowledge gaps are being filled in. From the first mouse click to collect a single piece of passing data, the sport is now on the cusp of transcending our comprehension of what happens behind the scenes. That is frightening, and exhilarating in the same measure. How we talk about football could well be about to change forever.